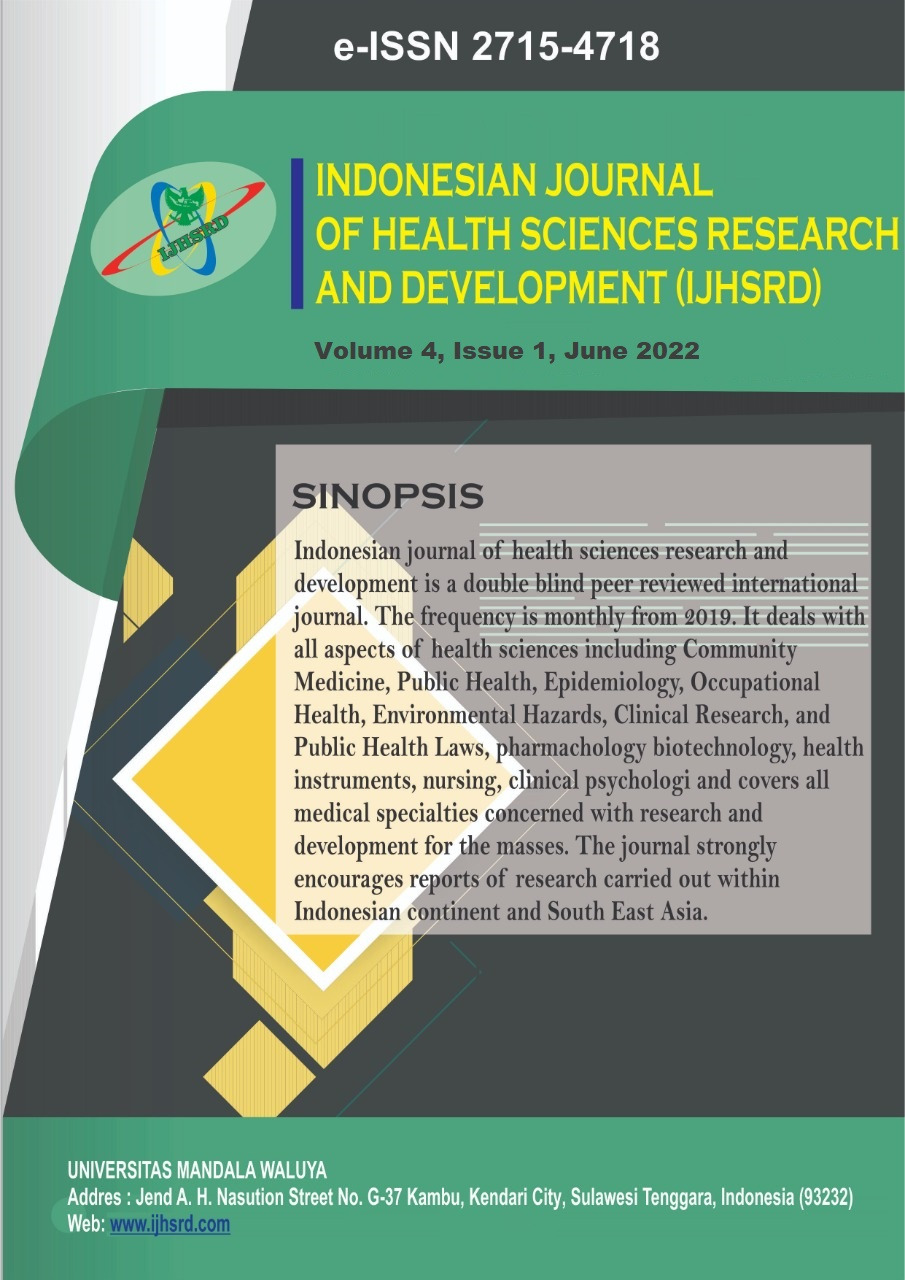 Methods: This study used the pre-experimental method with One Group Pre-test and Post-test Design. The population in this study were 131 heads of families in the village of Samajaya. Where, the sample size  were 99 heads of families taken by simple random sampling. Data analysis used the Wilcoxon Sign Rank Test.

Results: The results of this study showed that there were 9 respondents with less knowledge 9.1%, and 90.9% sufficient during pre-test and post-test there were 13.1% with less knowledge and 86.9% with sufficient knowledge. The average value of respondents' knowledge was 7.44% ± SD.1.327. After being given a health promotion with a booklet about sewerage drainage, his knowledge increased on average 8.81% ± SD.1.639. The results of this study indicated that there were  significant effect of health promotion with booklets on knowledge about sewerage in Samajaya village (p<0.0001).

Conclusion: health promotion with booklets is very effective in increasing community knowledge in Samanjaya village. Increasing public knowledge about sewerage  is hoped that it will influence attitudes and actions to improve the sewerage according to health standards.

Most read articles by the same author(s)